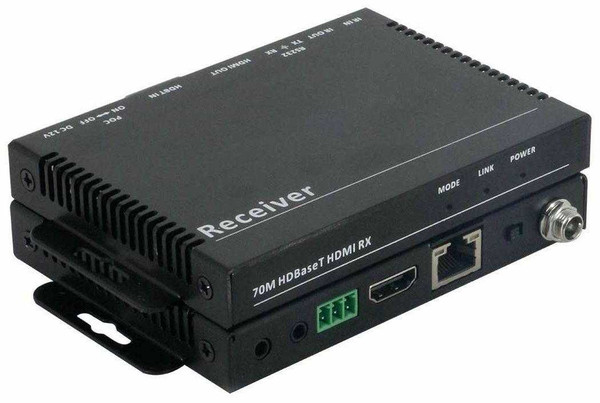 NOTE: This HDMI Receiver Over HDBaseT is a Receiver (RX) only and requires an HDBaseT sending device like our WolfPack HDBaseT Modular HDMI matrix products or devices that have an HDBaseT output and conform to the specs of the receiver.

What sets this HDMI Receiver Over HDBaseT apart from others:

NOTE: HDTV Supplys implementation of the HDBaseT technology adds virtually zero latency to the HDMI audio & video signal, less than 7 microseconds (0.000007 sec) over 220 feet of CATx cable. At 100 feet you are talking about 3 microseconds (0.000003 sec). This means for example, in a church or auditorium, the speakers lips are always in synch with the video image on all the TVs & projectors 100's of feet away.

Why not buy our HDMI Transmitter Over HDBaseT today?