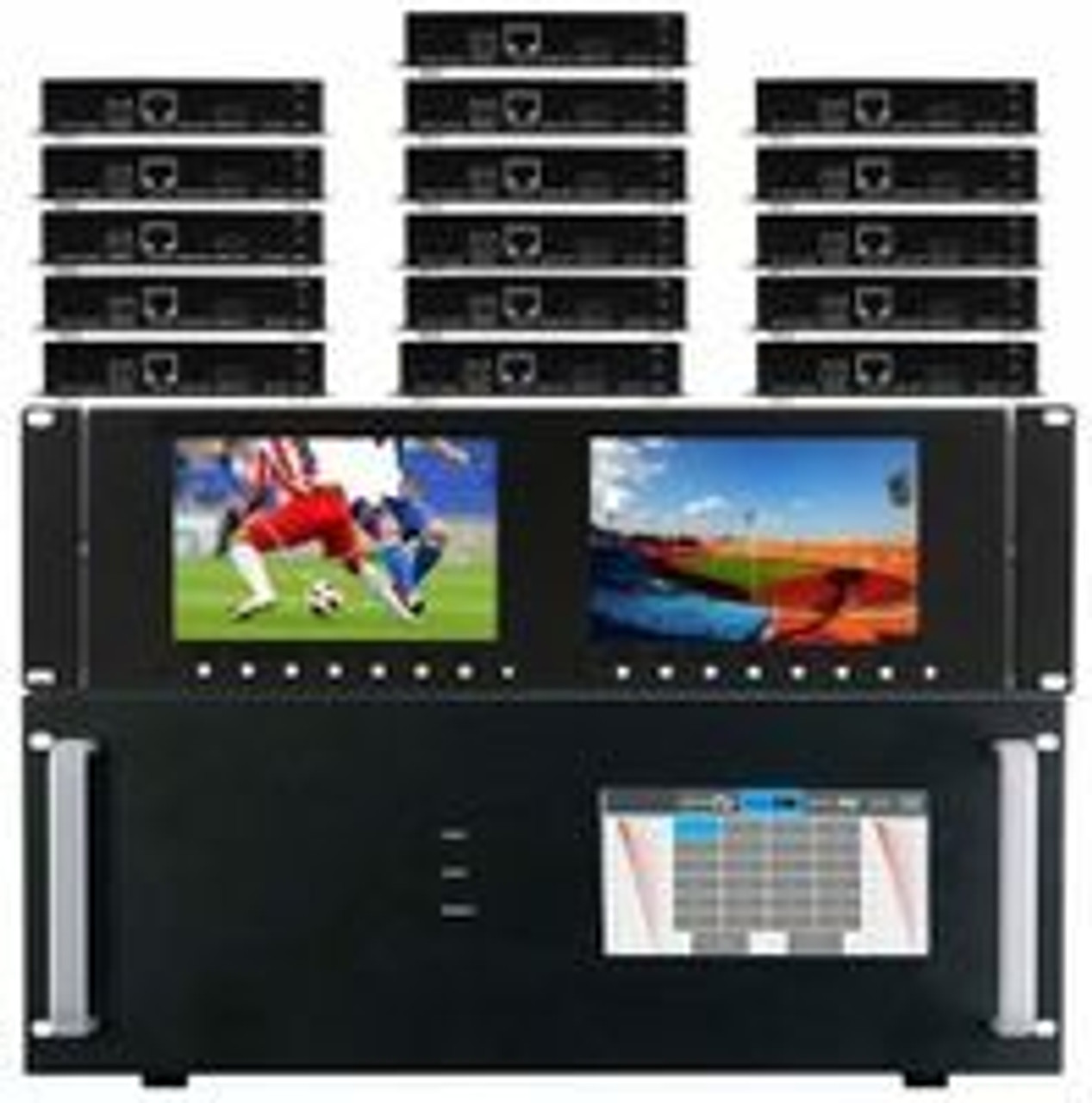 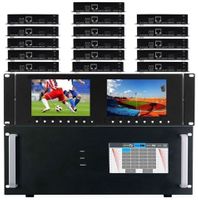 These HDTV Supply's WolfPack™ Preconfigured Seamless (100ms) 18x18 HDMI Matrix Switcher and Chassis have HDMI & HDBaseT Cards & receivers that sends both HDMI audio & HDMI video to a number of HDMI inputs & outputs. They are created from a 18x18 card cage chassis allowing you to grow in the field. Because they are Matrix Switchers, they allow any input to be routed to any output; or the same input to be routed to all outputs, or any combination. They support various 1080p 1-Port HDMI input & output cards including HDBaseT Cards & receivers up to a total of 18-inputs & 18-outputs within the Card Cage Modular Matrix System.

The WolfPack™ 18x18 Modular HDMI Matrix Switcher Chassis allows switching between inputs with a clean video cut (frame-to-frame switching with no glitches). The WolfPack Modular HDMI Matrix Switchers advanced processor allows it to process live signals simultaneously which means it can seamlessly and instantly switch (~100ms) between HDMI inputs and outputs. Most non-seamless matrix switchers require a delay of several seconds before they can switch between devices but with this WolfPack family that wait time is completely eliminated.

The below are just some of the preconfigured matrix systems we have and if you need more, or less, HDMI or HDBaseT inputs & outputs see our HDMI Matrix Switchers or CLICK the WolfPack HDMI Matrix Switcher Comparison Spreadsheet or call us at Call 833-WOLFPACK (833-965-3722) right now.